I used to be a single Mom dealing with day-to-day life and finding humor in different situations. Now I've remarried and my world is very different.
Leave a comment

This is Hell I tell you!

Posted by Red on December 3, 2011 in Uncategorized 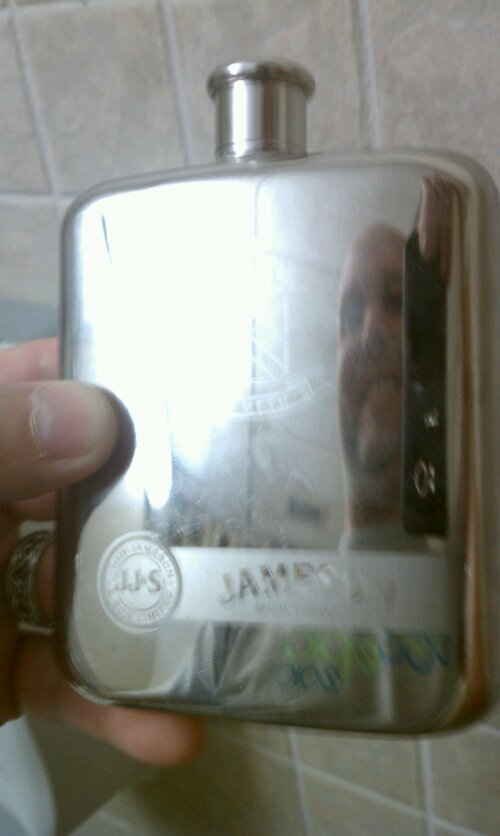 Visiting Aunt Dot and took Ginja, as usual, and Hophead.

We arrived just in time for church. Then off to lunch in the hall. It was all pretty tame except for everyone pushing us to stay for dinner. Then it got bad…

I stepped away to let them know we would stay for dinner but Aunt Dot got pissed because she didn’t know what I was doing. I said I was sorry and she said, “You will pay for your sorrowfulness.”

We went back to her room and she flipped out when I had to use the restroom and wouldn’t use the one in her room. While I was gone she, evidently, was cussing at the nurse, “god dammit… I will kill you!”. It amazes me that a nun would say, “god dammit!”

She was nasty, months ago, when when I told her Hophead and I got engaged. So telling her we got married never happened. I was nervous getting to that part and knew I had to tell her this weekend.

She flipped out because we didn’t get married in a church. She said I have to follow the rules.

She turned to Hophead and got nasty with him. I said, “Don’t talk to him like that or I will take him out of here!”

She said I was being disrespectful and I said she was being rude. I can’t believe I’m arguing with a 99 yr old nun.

I knew I had to change the subject and give it a few minutes and she would forget… It worked!

We muddled along for less than an hour when she started in on my hair.

About this time Hophead excused himself to the bathroom and that’s when he took advantage of his flask of Jameson.

Meanwhile… “Your hair is darker! It doesn’t look good.”

Every 5 to 10 minutes she would say this. I was getting really tired of it.

“Oh boy you are being too sensitive.”

“Well you’ve told me how ugly I am at least 20 times in the last hour, that would get on anyone’s nerves.”

Maybe I should point out how scary she looks without her wig and those freaky moles growing on her face are disgusting. I guess that would be mean… I would never do that.

Finally, she has turned the tv on. Everyone is occupied now… mainly her.

Dinner is in less than an hour then we are off to the hotel and a bar. The flask is empty I hope we can survive.

We still have to come back tomorrow. Ugggh

← Planes, Rings and Hospital Rooms… Part2
What was that? →

Stuff to check out in D.C.